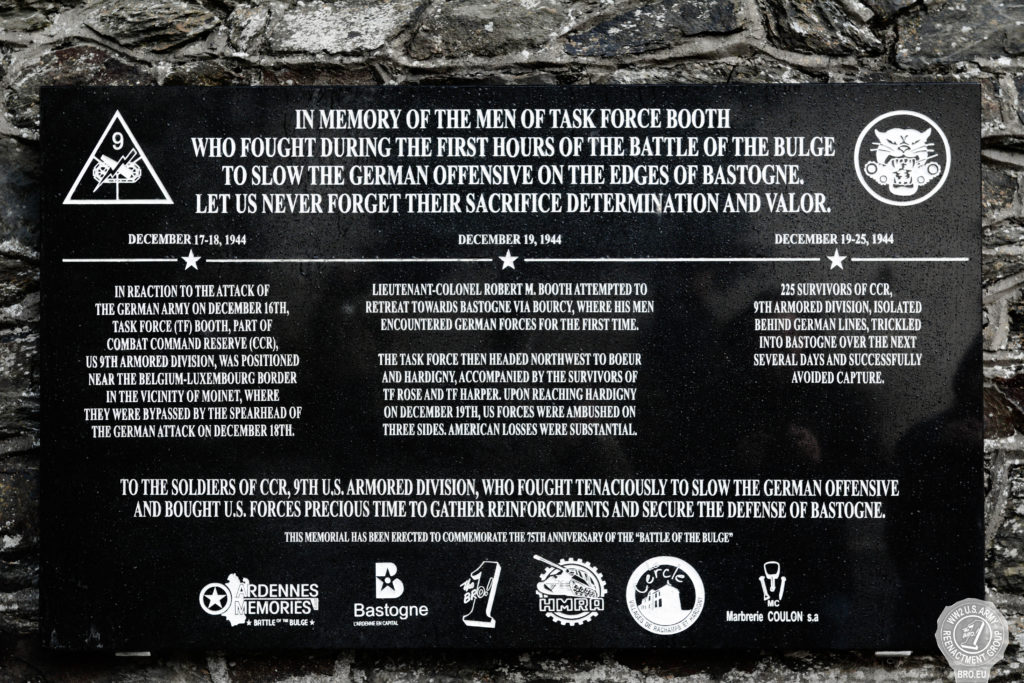 🇬🇧🇺🇲 December 16, 1944. The third Reich launched the Ardennes offensive through Belgium and Luxembourg. The 9th Armored Division is one of the first divisions to fight this ultimate offensive. We represent the Task Force Booth (9th Armored Division) which fought some of the elements of the 2nd Panzer Division in the village of Hardigny during the first days of the offensive. This Task Force – as well as the two other Task Forces Harper and Rose – will sacrifice themselves to delay the German advance as much as possible. An Ardennes Memories ASBL organization